After several years shimmering on the horizon, 5G made quite an entrance at Mobile World Congress 2019 (MWC19). It seemed the word was on the lips of almost all 109,000 visitors — from media to tech and telecoms execs — who gathered at the industry showcase in Barcelona. The first 5G handsets were dotted around the eight cavernous halls, with Samsung, Huawei and TCL teasing fancy models with foldable screens. Booths buzzed with 5G demos, showcasing rapid response times, super fast throughput and “network slicing” in which a segment of the available bandwidth is dedicated to a specific service.

Anticipating that 5G will deliver fail-safe connectivity, MWC19 hosted connected robots, drones, holograms and even remote surgery. Dr Antonio de Lacy, a gastrointestinal surgeon, used a 5G connection to remotely supervise an actual operation at the Hospital Clinic de Barcelona. His drawings of recommended incision points appeared on a display in the surgery room to guide the medics performing the operation. On a lighter note, visitors to ZTE’s booth were serenaded by a tuneful trio of 5G robots playing the piano and drums together. 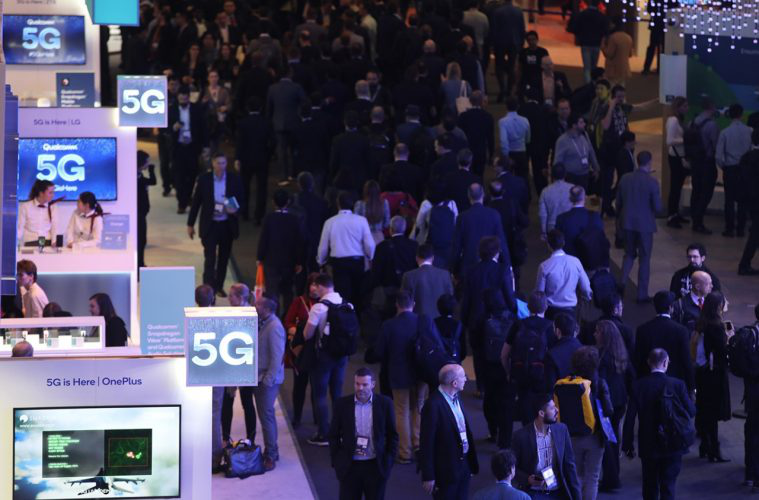 Tackling the capex crisis
Amid all the excitement about 5G, there was some soul-searching from an industry that is struggling to make an adequate return on its investment in new networks. Pointing out the disparity between telcos’ returns and their cost of capital, Omar Abbosh of Accenture said the industry is ripe for the kind of “epic disruption” being pursued by newcomers, such as Rakuten and Reliance Jio, using new technologies to rollout advanced networks very rapidly.

Rakuten CEO Mickey Mikitani presenting his vision for the future of mobile at MWC19.
One of the most promising ways to cut costs is to make a radical shift from hardware to software as Rakuten is doing with its new end-to-end cloud-native mobile network in Japan. Traditional telecoms operators also want to move in this direction, but are grappling with skills shortages. “I have a target recruitment number for the software engineers that I need to recruit in the next couple of years and that number is bigger than the total number of software engineers that the whole of the Australian market delivers,” said Andy Penn, CEO of Telstra, a telco based in Australia. 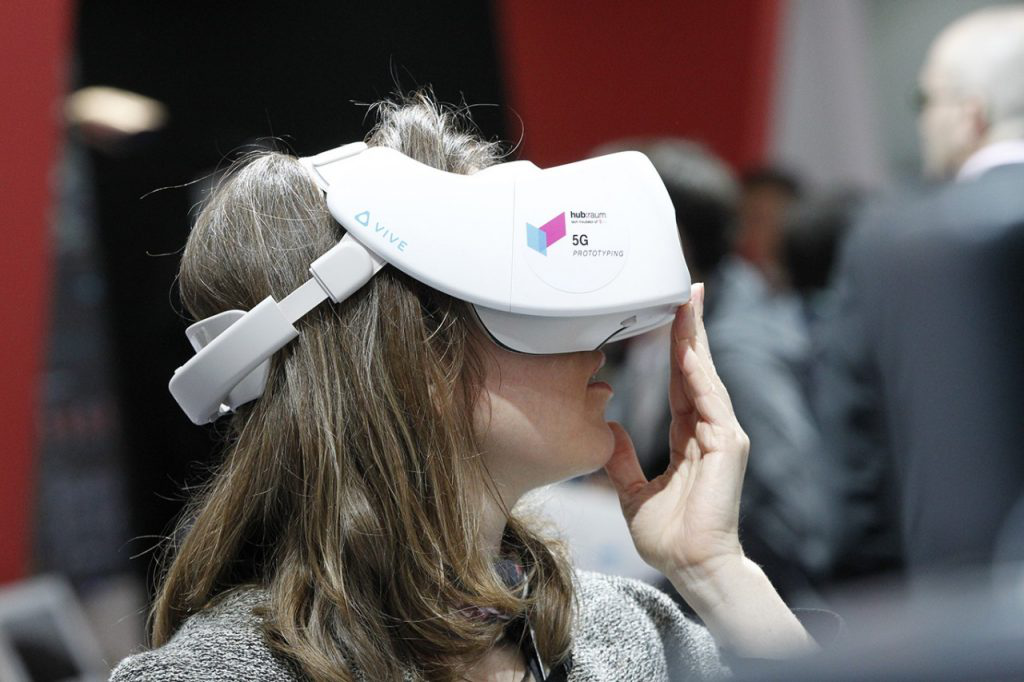 Living on the edge
Another major talking point at MWC19 was the rise of so-called edge computing – the idea of deploying computing power as close to the end-user as possible to deliver very responsive connectivity.
Omar Tellez of Niantic, which publishes Pokemon Go, said augmented reality games really need latency to be as low as 25ms, whereas today mobile networks generally deliver between 150ms and 200ms. Indeed, the media, retail and manufacturing industries are very interested in edge computing, according to Sandra Rivera of Intel, a Rakuten partner. “By 2022, about 45% of the data will want to be, will need to be, in the edge for data sovereignty, latency and bandwidth reasons,” she said. Rakuten says its new mobile network will have thousands of edge data centers, resulting in a more efficient service for both operator and customer.

The thinking machine
A vast expansion in connectivity and computing was very much on the mind of Simon Segars, CEO of leading chip designer ARM, who invited four precocious children onto the stage to demonstrate how digital-savvy the next generation of entrepreneurs and employees will be. Segars heralded the “fifth wave of computing”, which will “combine 5G, the Internet of Things (IoT) and machine learning and will unlock patterns of data that humans just can’t see.”
Other executives agreed that 5G, IoT and artificial intelligence (AI) will feed off each other. Tom Wilson of Graphcore said that self-driving cars will need to use 5G to offload some of the computing processing, as doing it all on-board will consume too much battery power. He estimated that the processing taking place onboard today’s prototype self-driving cars would reduce an electric vehicle’s range by 20%. Asha Keddy of Intel also stressed that AI needs 5G, as she described a future in which these technologies will enable people to star in their own movies and create dynamic endings on demand. 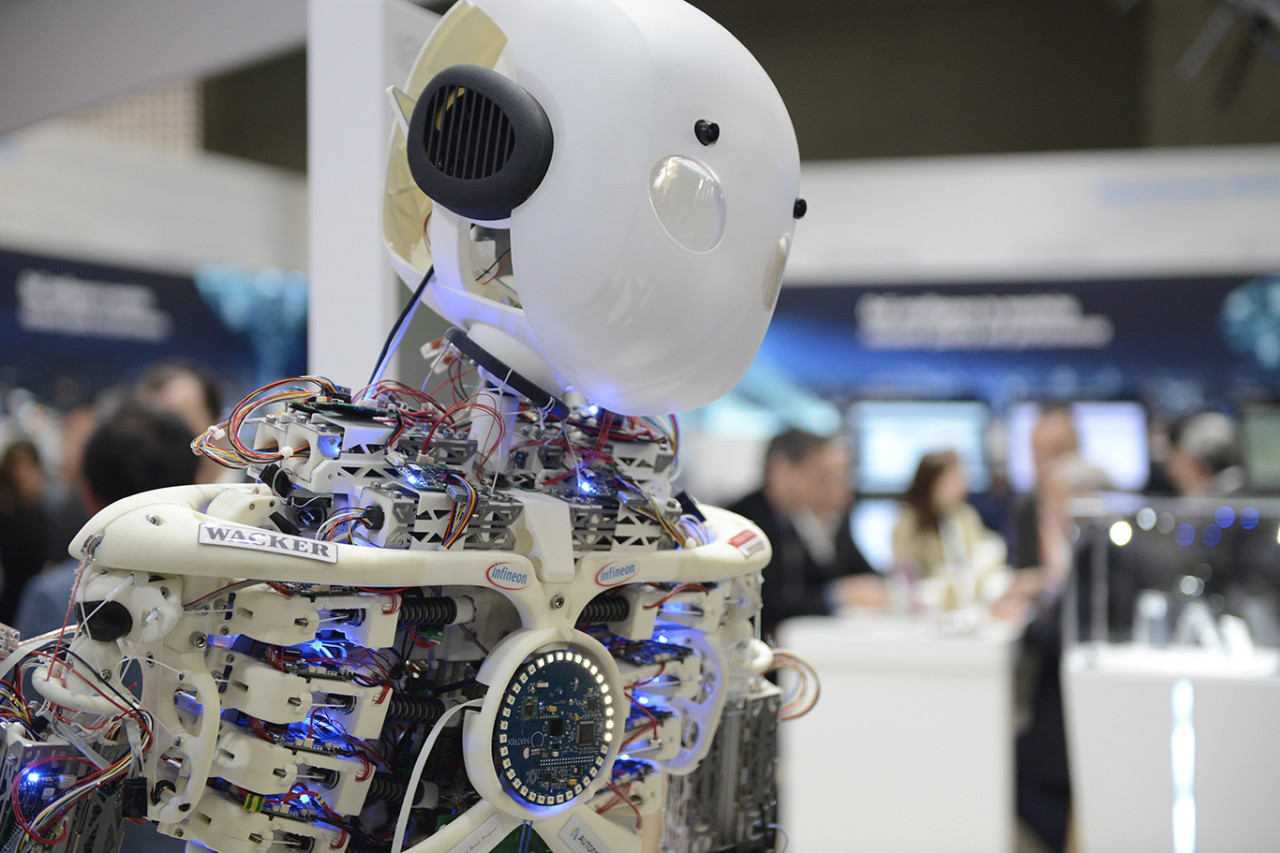 Choose your own reality
Indeed, escapist entertainment was everywhere at MWC19. Visitors in headsets were a common sight as they immersed themselves in a virtual world far removed from the hustle of the show floor. While it is clear virtual reality is gradually improving, augmented reality grabbed the spotlight thanks to Microsoft’s new HoloLens 2, a US$3,500 headset unveiled at MWC19. Aimed at enterprises, the HoloLens 2 imposes digital images on to your view of the real-world, making it easier for engineers and mechanics, for example, to identify the components they are looking at.

Microsoft CEO Satya Nadella said this is just the start of what will be possible “when you connect the digital world to the physical world, to transform how we work, learn and play,” summing up the prevailing mood in an industry that seems to be rolling out an unprecedented number of game-changing technologies almost simultaneously.http://www.yeacommtech.com/